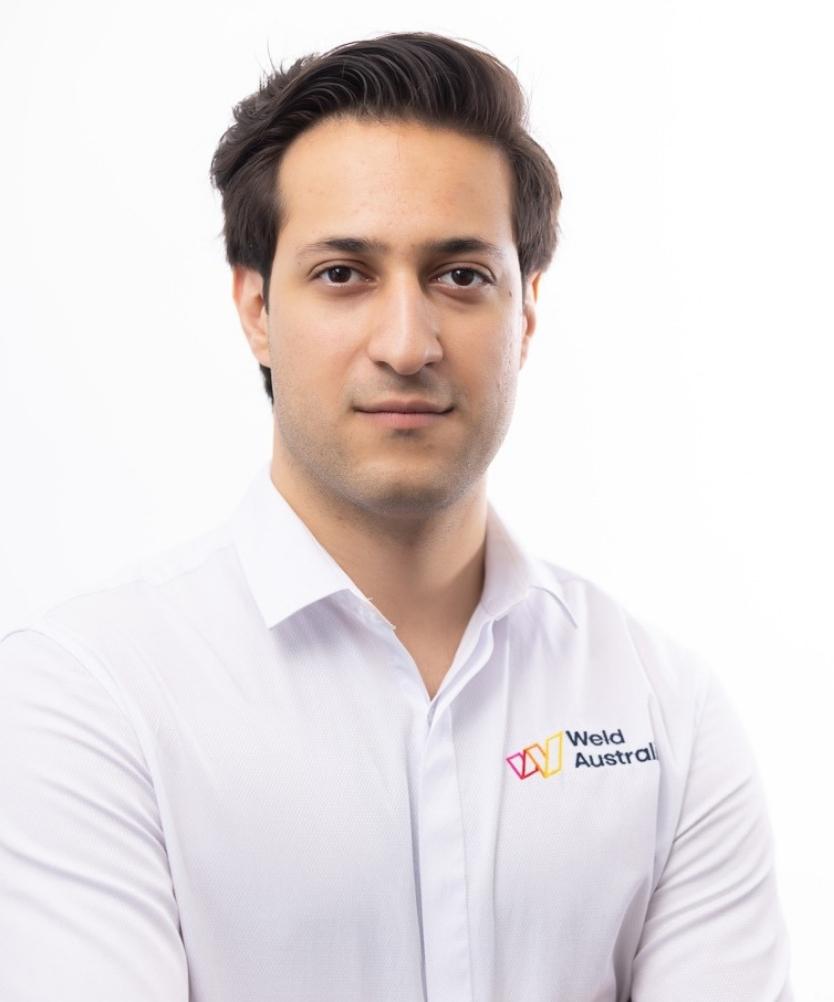 Nima Dehghani joined the Weld Australia team in 2021 as a Graduate Learning Developer after completing an internship with Weld Australia in 2020 as part of his Bachelor of Mechanical Engineering.

Nima works closely with the Training team, with his responsibilities including the production of digital resources for Weld Australia’s courses.

Prior to joining Weld Australia, Nima was the Marketing Manager for Simply Self Storage in Wollongong for four years. In this role, he undertook a range of marketing activities, from online advertising and search engine optimisation, through to market research and planning.

Nima also gained three years experience as an independent Sales and Marketing Contractor for both Centrix Promotions and Insight Marketing Group in Wollongong. In both of these roles, Nima engaged in various sales and marketing tactics to deliver solid sales returns based on client needs. Some of the clients that Nima worked with included Google, and Astron, as well as charities such as The McGrath Foundation, The Smith Family, and Doctors Without Borders.