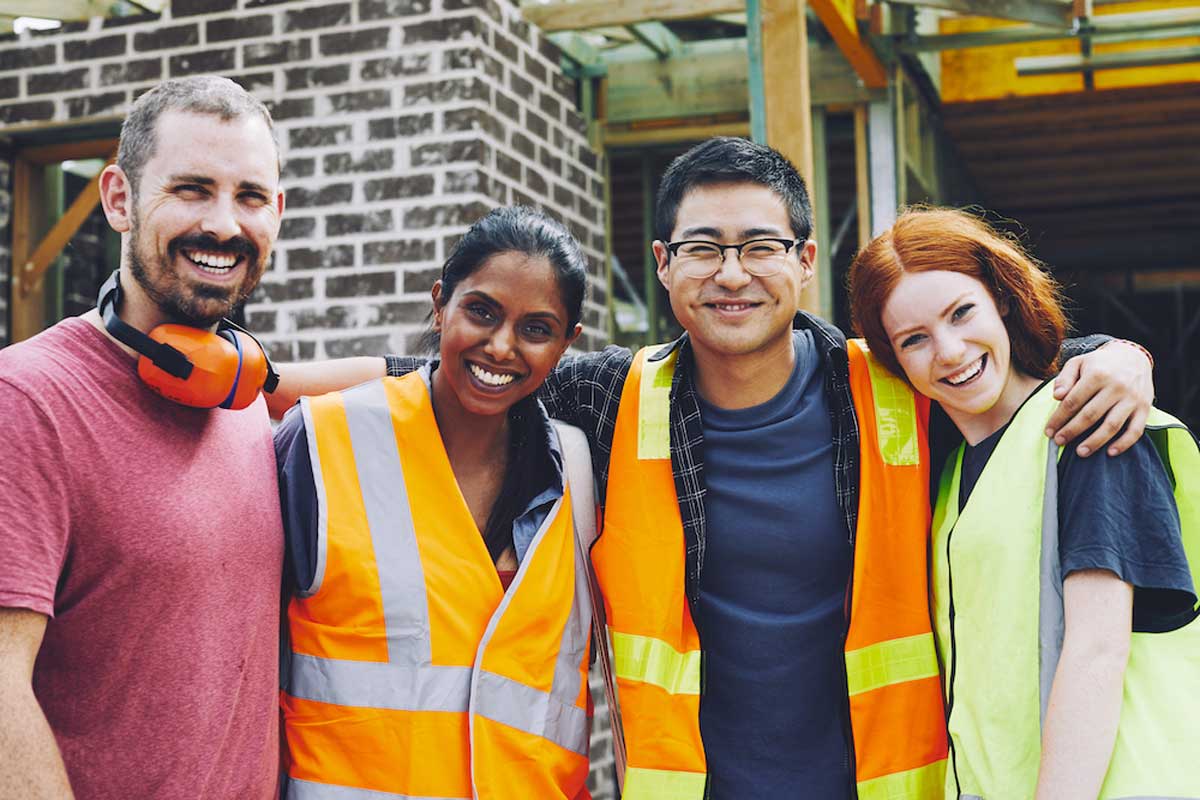 Mental health issues, like depression and anxiety, are incredibly common in Australia. In fact, Australia has the second highest prevalence of depressive disorders globally. Approximately 15% of Australians will experience depression in their lifetime, and another 26% will experience an anxiety condition.

While men are less likely than females to experience depression and anxiety, men are three times more likely to die by suicide than women.

To put this into perspective, this means that the number of men who die by suicide in Australia every year is nearly double the national road toll.

The risk of suicide in men also increases with age: suicide is the second leading cause of death among Australian men aged 45–54 years and in Australia, suicide is now the number one killer of men under 44 years of age.

Workers in construction and other trades—including welding—are even more at risk. Tradies are 70% more likely to commit suicide than their behind-the-desk counterparts.

This means that every second day an Australian tradesman takes their own life.

With 25.1% of construction workers having experienced mental illness over the last 12 months (compared to 18% for all Australia men), tradies are six times more likely to die from suicide than workplace accidents.

Despite these alarming statistics, mental health definitely isn’t something that tradies talk about at smoko or after knocking off.

An Industry Defined by Pressure

Tradesmen face a range of pressures due to the nature of their work: long hours, physically demanding labour and constant pressure to deliver.

Construction workers and tradesmen are also exposed to a range of factors at a higher rate than usual, which have been shown to increase the risk of suicide, including:

In addition, the construction industry is known to be a key setting in which traditionally perceptions of masculinity remain. Men are expected to be tough, in control, autonomous and highly competent. Seeking help, or even admitting a need for help, violates these perceptions which, once again, can heighten the risk of suicide.

In the wake of the COVID-19 pandemic, forecasts indicate that Australia’s unemployment rate is likely to reach as much as 15%. In general, people who are unemployed are at much higher risk of mental health issues and suicide, with unemployed males being particularly vulnerable.

According to modelling released by the Australian Medical Association on the adverse impacts of COVID-19 on mental health and unemployment, there could be as much as a 25% increase in suicide rates. This tragically higher rate is likely to continue for as long as five years if the economic downturn lasts over 12 months.

The industries in which Australian tradesmen are employed have been some of those hardest hit by COVID-19. For instance, over 77,580 jobs have been lost in the construction industry since the start of the COVID-19 pandemic.

Master Builders Australia previously forecast there would be around 159,000 new housing commencements in 2020-2021. They revised their estimate in May, and now expect only around 116,000 commencements, representing a drop of 27%.

Not surprisingly then, COVID-19 has hit sub-contractors hard and fast, with businesses closing and tradies out of work—and at higher risk of mental ill health and suicide—already.

Perhaps most concerning of all, based on previous economic downturns, it will likely take four times longer for the construction industry to recover than the rest of the Australian economy. This will leave an already vulnerable segment of the Australian population even more prone to mental health issues.

How You Can Help

Mental health is a complex issue. There is no one simple solution.

However, it is clear that Australian tradesmen need more support. I urge you to check on your colleagues. Ask your employees if they’re ok. Find out if your mates need a hand. This is particularly important at the moment, in the wake of increased unemployment rates and uncertainty about the future of industry.

We need to work together to support one another, and to remove the stigma associated with mental health issues.

Since the outbreak of the COVID-19 pandemic, the Federal Government has made record investments in mental health services and support. The expenditure is expected to top $5.2 billion this year. To find out more about the resources available or where to find help for you or someone you know, click here